Accompanying them are two sign language interpreters, seamlessly incorporated into the show and translating the entire performance for the hearing impaired part of the audience.  The whole experience was very creative and truly lovely to watch. Two big thumbs up for Curiosity, for the storyline & performance. Arts Hub 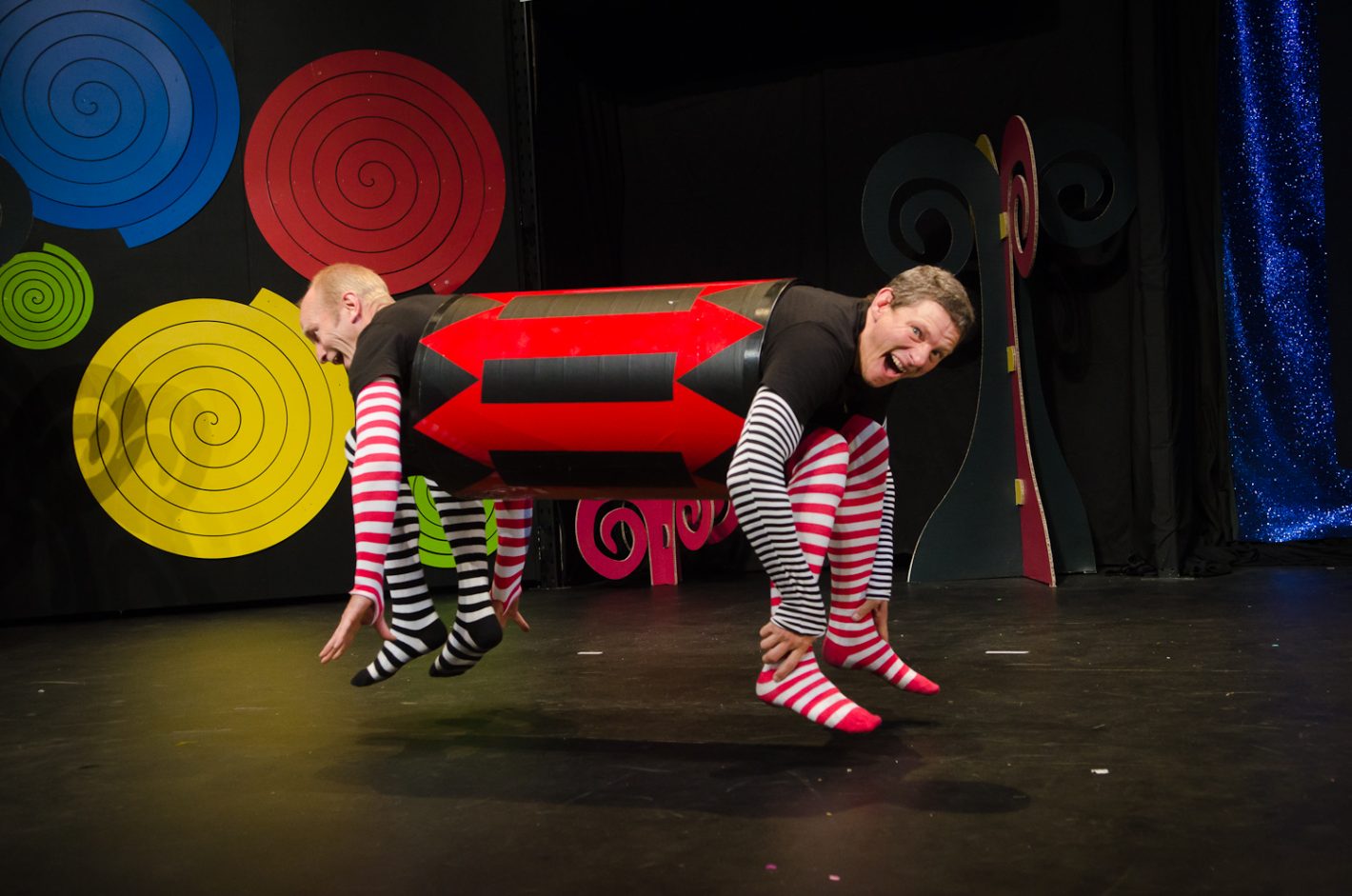 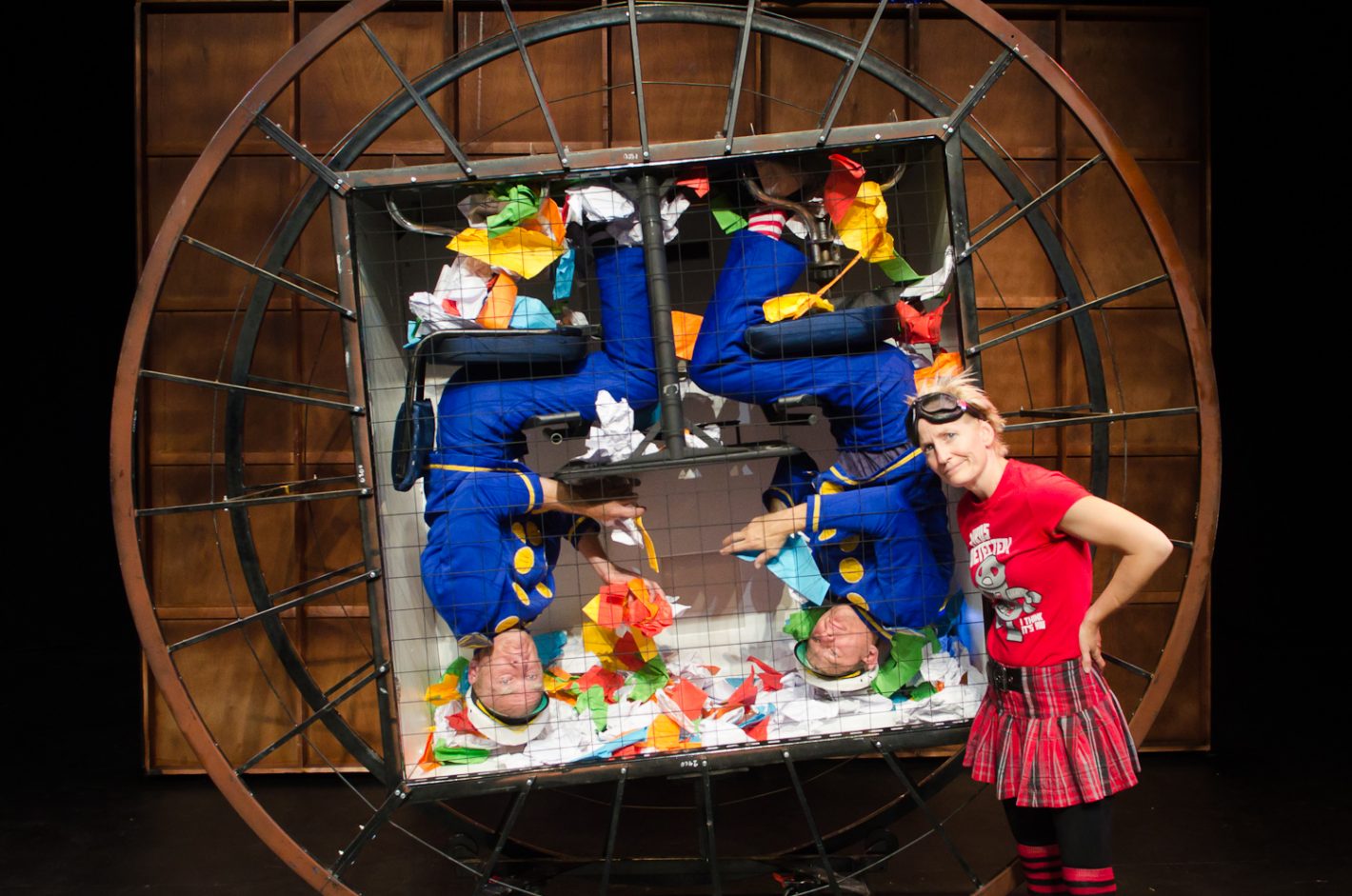 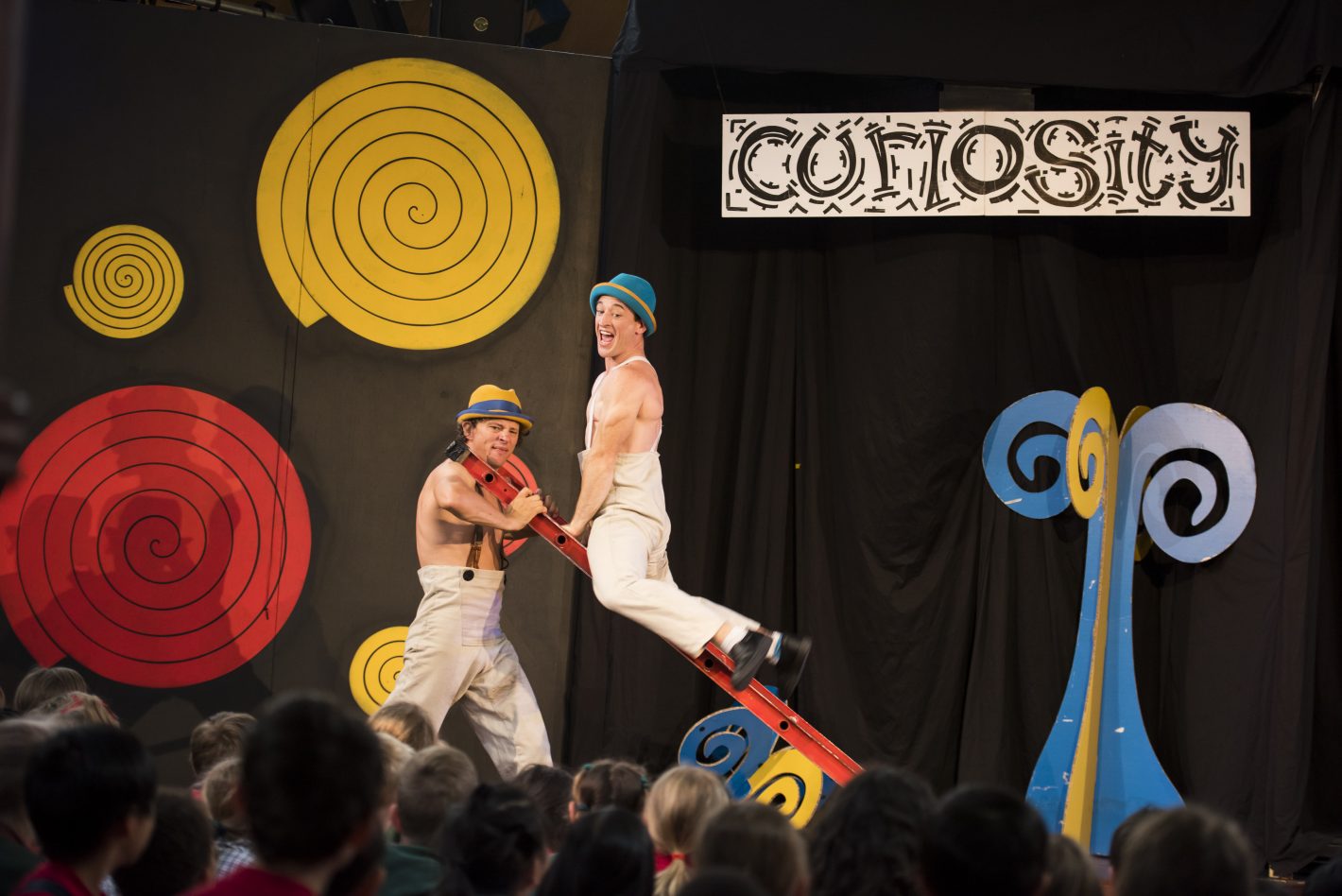 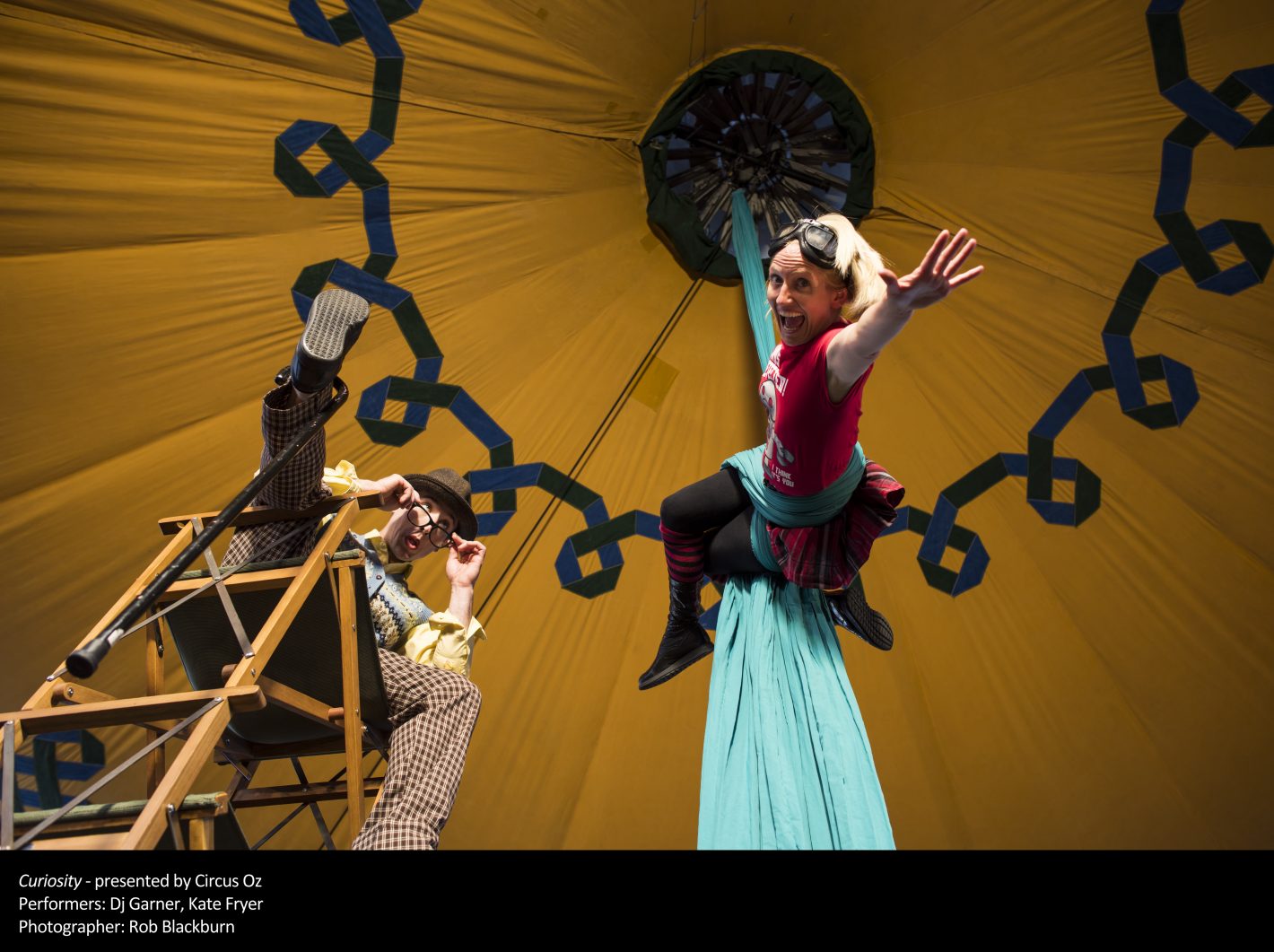 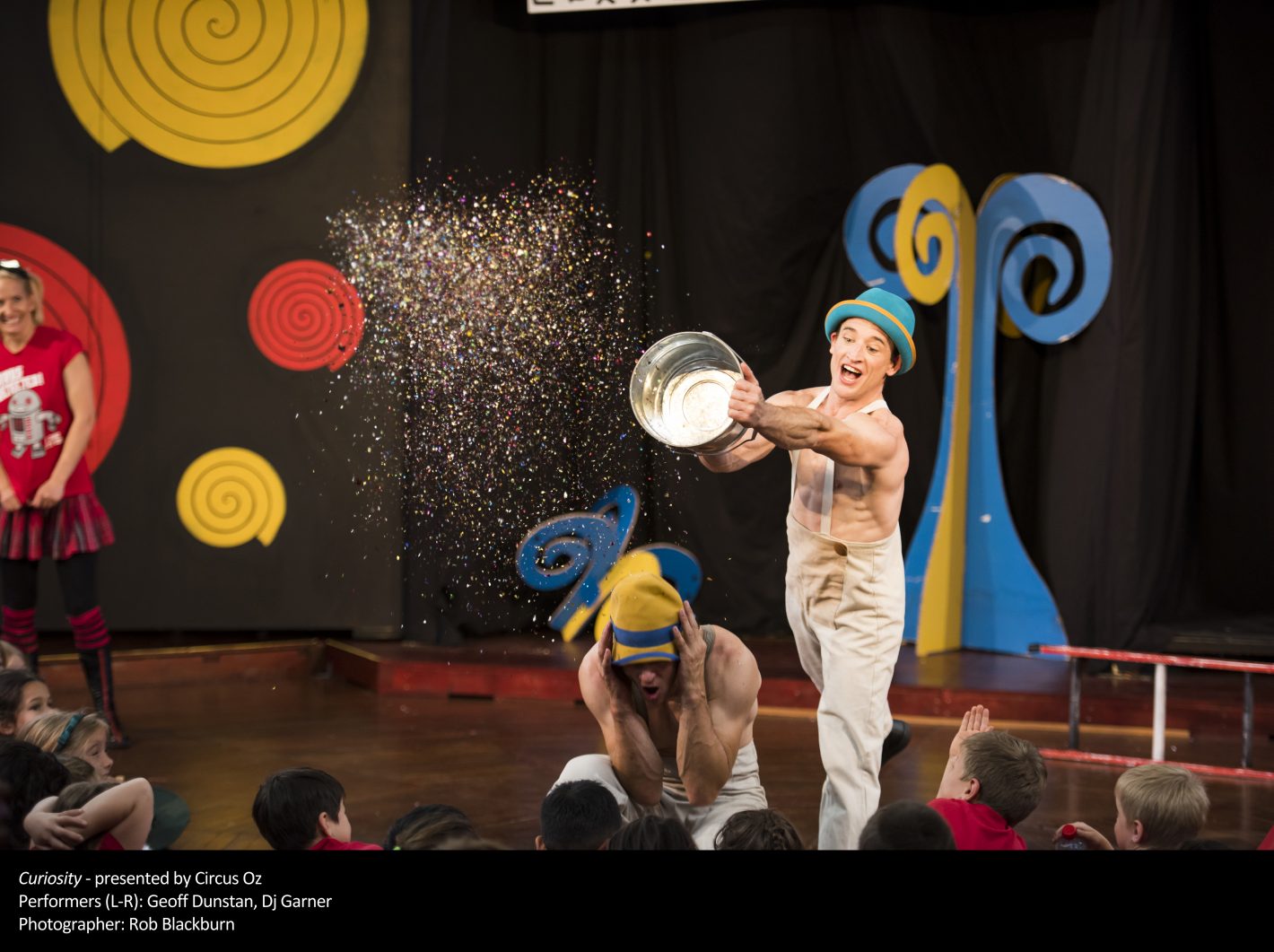 Dislocate was commissioned by the Arts Centre Melbourne to create a production that could seemlessly integrate shadow interpreters (interactive Auslan interpreting) for a family and schools audience. The result was Dislcoate’s magical show, Curiosity, a collaboration of nuanced layered physical theatre with a physical way of presenting language. Curiosity entranced all audiences and following the highly successful season at the Arts Centre was invited, with interpreters, to Warrnambool’s Fun for Kids Festival.

After independently touring Curiosity, Dislocate teamed up with Circus Oz in 2015 who presented and promoted Curiosity in tandem with circus workshops. This collaboration resulted in thousands of school kids attending the show and workshops over a partnership which lasted several years.

“Dislocate is one of the most versatile, professional and inspired companies I have worked with. I have programmed or collaborated with Dislocate for over two decades creating innovative family events through my roles at the Melbourne Fringe, The Arts Centre and The Royal Botanic Gardens.”
Emer Harrington, commissioned Curiosity as Head of Family Programming Arts Centre Melbourne.